In the Netherlands and in the Flemish part of Belgium, many Laurel & Hardy films were distributed which were specifically aimed at Dutch speaking customers. The most important manufacturers of these films were Walton Films (England) and Filmoffice (France). In this short post, I will look at the silent Laurel & Hardy shorts which Filmoffice released for the Dutch market. In an earlier post, I addressed the Walton releases.

Filmoffice issued 8 silent two-reelers and 5 one-reelers with Dutch intertitles. The film titles can be found in table 1. Most of these films are from the silent era.

From the late 1960s to the early 1980s, a generation of Dutch (and Belgian) children grew up with these films. The shorts were widely available and they were also very popular with film fans and collectors. Filmoffice offered more footage than its direct competitors – the silent releases of Cinevision, Mountain Films and its various subsidiaries were also common on the Dutch market – and it had the advantage of the Dutch titles.

Any Laurel & Hardy films with Dutch subtitles or intertitles we may have in stock can be found here. 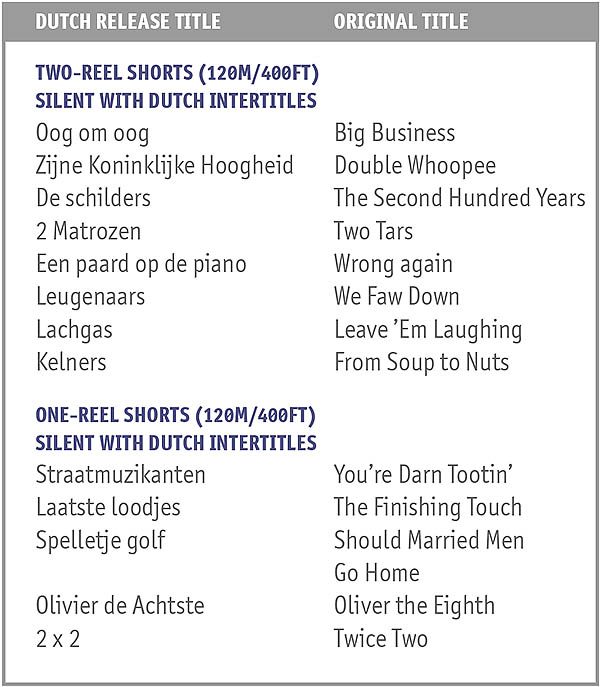