From time to time, we will upload pdfs of 8mm catalogs issued by manufacturers and distributors. The first in line is the 1980 catalog of the Italian company Techno Film, who were best known for their Warner Brothers cartoons and various ITC television series. It’s a rare catalog, but there’s a drawback: it’s in Dutch. Should we find one in English, we will not hesitate to upload it, too.

Please note that this is a comparatively late catalog, which does not list all films ever released by Techno Film. For instance, The Persuaders, the tongue-in-cheek detective and adventure series starring Tony Curtis and Roger Moore, is missing, meaning that it must have been discontinued in the late 1970s.

The still photo is from the box of Big Hit (1973), one of two episodes from the British detective series The Protectors released by Techno Film. Star Robert Vaughn is pictured left. 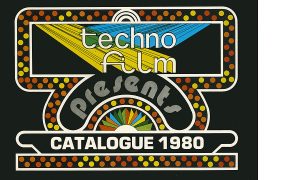