In the Netherlands and in the Flemish part of Belgium, many Laurel & Hardy films were distributed which were specifically aimed at Dutch speaking customers. The most important manufacturers of these films were Walton Films (England) and Filmoffice (France). In this article I will briefly look at Walton’s Laurel & Hardy films for the Dutch market. In a second post, I will discuss the Filmoffice releases.

Back in 1978, I asked Technofilm, the Dutch distributor of Walton Films (not to be confused with the Italian 8mm manufacturer by the same name), for a list of the Laurel & Hardy films they were selling. They sent me their catalog, as well as a list of the Dutch release titles and the corresponding original titles. I have summarized this information in the tables presented here, and expanded it with information obtained from various Technofilm and Walton catalogs.

The source material for most if not all of the two-reelers (possibly 35mm release prints which already were subtitled) was supplied by the Dutch theatrical film distributor Contact Film. So Walton used different sources for the Dutch releases and their normal releases. It would be interesting to know whether the footage of the Dutch releases is in any respect different from that of the original releases. I may get back to this subject in another post.

Apart from the shorts with Dutch subtitles or intertitles, many other Walton Laurel & Hardy films were distributed by Technofilm. These were identical to the original UK releases, except for their Dutch release titles. In table 2, I have listed the most important films which were in this group: the sound shorts and features.

Table 3 is a list of all Dutch release titles I know of that were used for the distribution of Walton’s Laurel & Hardy films, in alphabetical order (and split into three parts).

In 1985, two years after the demise of Walton Films, the Dutch 8mm distributor and retailer Top Film promoted a collection of 13 Laurel & Hardy two-reel sound shorts with Dutch subtitles. These were identical to the 13 Walton subtitled shorts, except for the film stock used. The films were printed on color stock, which was by then cheaper than black & white, with a noticeable sepia cast. Top Film called it “brown white, a new process that provides a more natural and sharper image”. In addition to the shorts, Top Film advertised a 3-part print of Saps at Sea (Dutch: Zeebonken) with Dutch subtitles, also printed on color stock. It has always puzzled me who was the official manufacturer of these sepia prints. Perhaps the films were bootlegged.

Any Laurel & Hardy films with Dutch subtitles or intertitles we may have in stock can be found here. 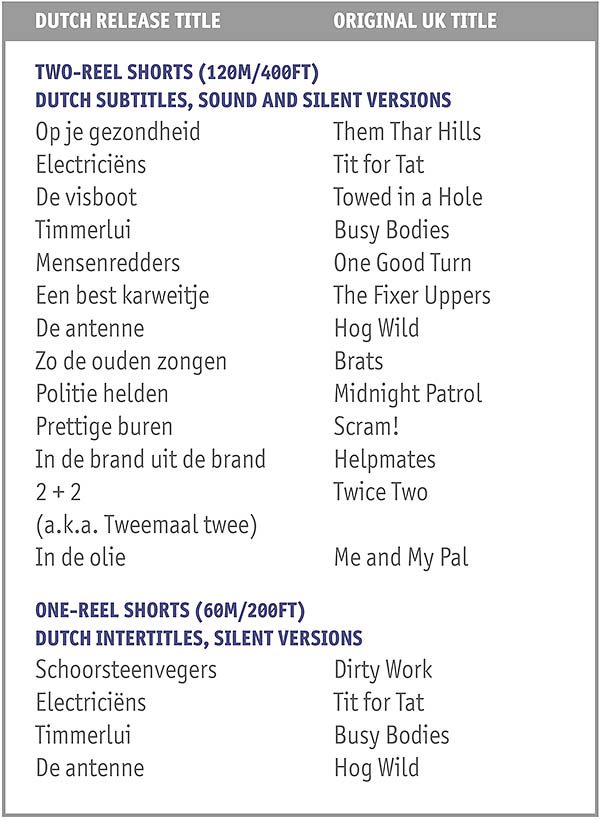 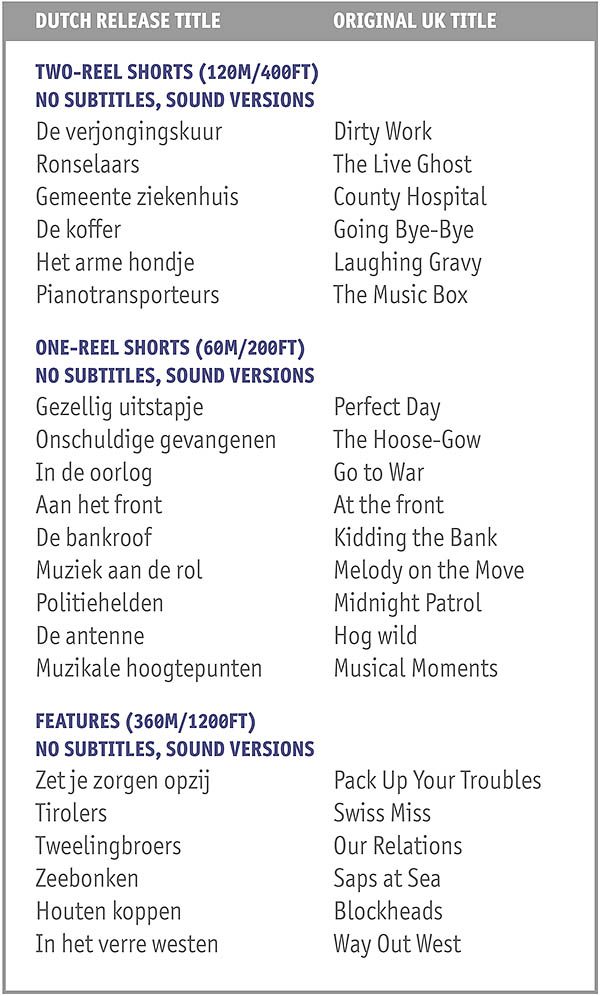 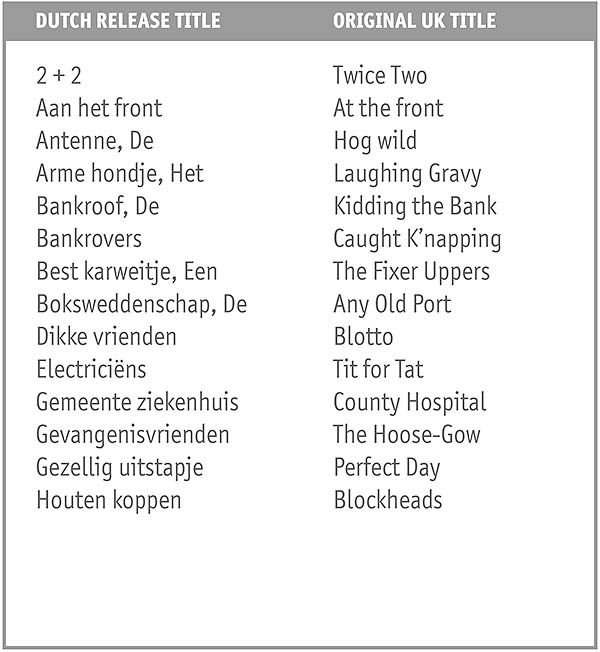 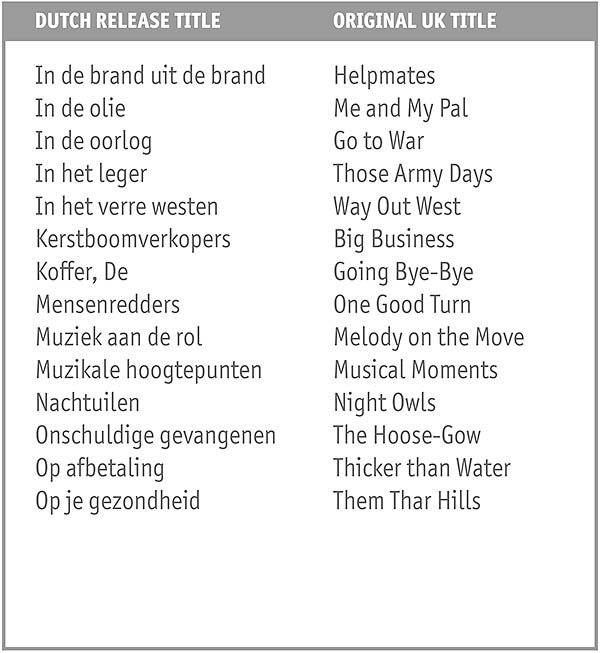 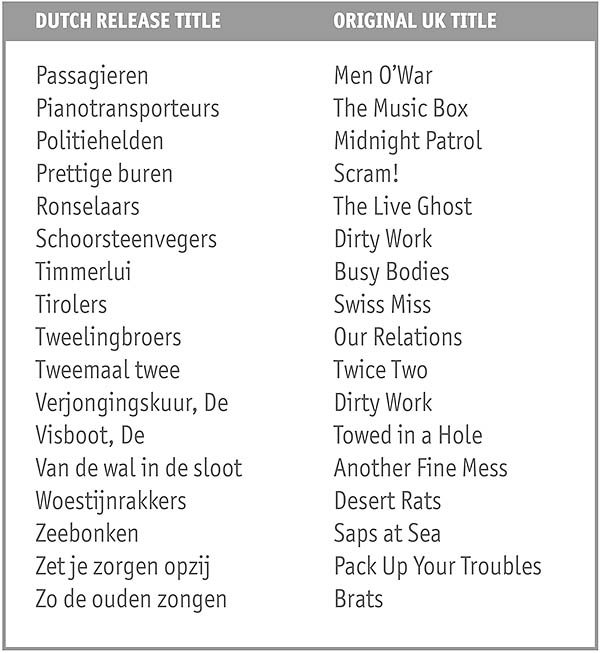